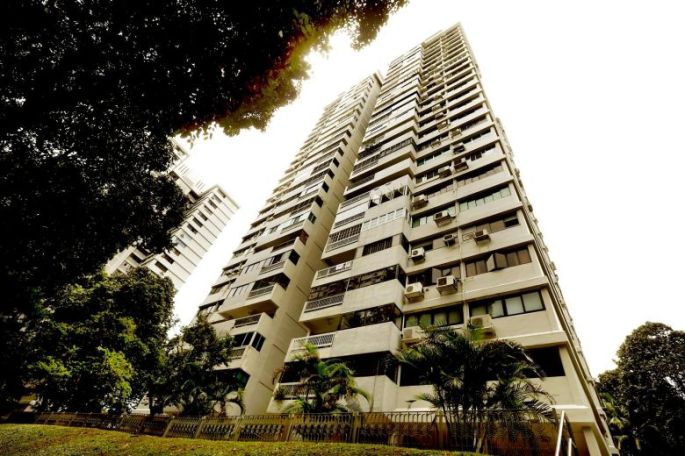 Former HUDC estate Braddell View is one step closer to jumping on the collective sale bandwagon.

Mr Alex Teo, chairman of the Management Corporation Strata Title, told The Straits Times yesterday that 493 voted on Tuesday in support of forming the collective sales committee to kick-start the process, while 28 voted against.

An owner at the 918-unit development said: “I think the general feeling is that there is no harm in exploring the possibility. Let’s wait and see what the committee can come up with.”

There have been 18 HUDC estates privatised, with 11 sold en bloc, since 2005, according to consultants. Ivory Heights is on the market, while Braddell View, Pine Grove, Laguna Park, Chancery Court and Florence Regency have started the collective sale process.

Normanton Park, a privatised housing estate built in 1977 for military personnel and their families, was sold last week for $830.1 million in one of the country’s biggest collective sales.

Mr Teo said earlier the owners hoped to get more than $2 billion for Braddell View – well above the $1.65 billion Pine Grove is seeking.

Braddell View, the largest of the former HUDC estates at 1.124 million sq ft, has 63 years left on its 99-year lease. It is within walking distance of Caldecott MRT station and close to the suburbs of Bishan and Toa Payoh.

“The site is large, which implies the quantum will be high. Notwithstanding that, the sale of 488-unit Normanton Park suggests that there are developers that have the appetite for larger sites, especially if there is scope to intensify the site,” noted Dr Lee Nai Jia, head of research at Edmund Tie & Company.

But ZACD Group executive director Nicholas Mak sees challenges in getting developers to bite. “The absolute size of Braddell View is a challenge because it requires a huge amount of capital to be committed to just one project,” he said. “They will have a better chance if they split the land into three parcels, but that is extremely difficult to do.

“Developers are likely to be more prudent in their bids, given that cooling measures are still in place and developers have a fixed timeline to sell units.”