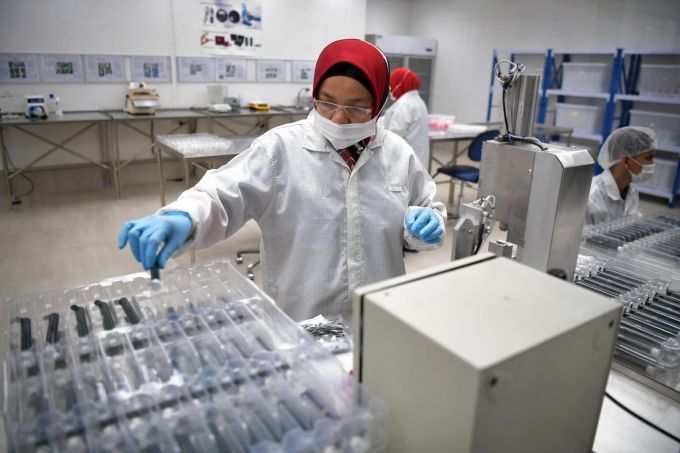 With two straight quarters of both quarter-on-quarter and year-on-year contraction, Singapore has entered both a technical and full-blown recession respectively.

SINGAPORE’S gross domestic product (GDP) plummeted 12.6 per cent year on year in the second quarter, bringing the country into full-blown recession, as Covid-19 “circuit-breaker” measures hit hard and external demand stayed weak amid the global downturn, according to Ministry of Trade and Industry (MTI) advance estimates on Tuesday.

The second-quarter figure was worse than economists’ expectations of a 10.5 per cent fall, and much worse than the first quarter’s revised figure of a 0.3 per cent contraction. The official forecast is for a full-year contraction of between 7 per cent and 4 per cent.

On a quarter-on-quarter seasonally adjusted annualised basis, the economy shrank 41.2 per cent in the second quarter, worsening from the 3.3 per cent contraction the previous quarter.

With two straight quarters of both quarter-on-quarter and year-on-year contraction, Singapore has entered both a technical and full-blown recession respectively.

“Circuit-breaker” measures were in place from April 7 to June 1, with only some activities allowed to resume in the first phase of reopening.

The manufacturing sector was the only one to see positive growth, up 2.5 per cent year on year in the second quarter, though this had slowed from 8.2 per cent in the first quarter. This was due mainly to a surge in output in the biomedical manufacturing cluster.

But weak external demand and workplace disruptions during the “circuit breaker” weighed on output in the chemicals, transport engineering and general manufacturing clusters. On a quarter-on-quarter seasonally adjusted annualised basis, the manufacturing sector shrank by 23.1 per cent, a sharp reversal from the previous quarter’s 45.5 per cent growth.

The services sector shrank 13.6 per cent year on year, steepening from the previous quarter’s 2.4 per cent fall.

Tourism-related sectors such as accommodation and air transport continued to be stifled by global travel restrictions, while other outward-oriented services such as wholesale trade and water transport were hit by a fall in external demand as many countries grappled with the pandemic, said MTI.

On a quarter-on-quarter seasonally adjusted annualised basis, services-producing industries shrank 37.7 per cent in the second quarter, extending the previous quarter’s 13.4 per cent decline.

Construction was hardest hit by “circuit-breaker” measures as most construction activities had to be put on hold, contracting 54.7 per cent year on year, compared to the previous quarter’s 1.1 per cent fall.

With most activities having stopped during the quarter, and additional Covid-19 measures meaning manpower disruptions, the sector shrank 95.6 per cent on a quarter-on-quarter seasonally adjusted annualised basis, far worse than the first quarter’s 12.2 per cent contraction.

The advance estimates are computed largely from data in the first two months of the quarter, April and May. With Phase Two of the post-“circuit breaker” reopening having begun earlier than expected on June 19, it remains to be seen how much this late boost will be reflected in the revised Q2 estimates, to be released in August.